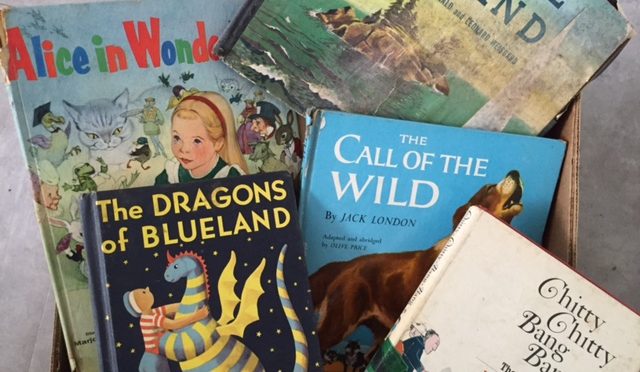 It’s the 11th hour on the last day of the month and I’m trying to write a July blog post before midnight and the month turns to August! Where have I been? Doing one of the most unpleasant things I can think of short of extracting my own tooth: I’ve been “downsizing” or at least digging into the process. I always hate asking myself: “Should it stay or should it go?”. Somethings are simple like stuff that never belonged to you in the first place. It’s easy to give all of those re-gifted Christmas presents to Goodwill since you can’t remember who gave them to you last. What’s harder for me are the items that fall into “What if I need it later?” category.  The “If you haven’t used it in the past six months” rule never has worked for me. Sure enough, I toss it out and that’s when I need it in the next sixty days (kind of like losing a Home Goods receipt).

But what really gets to me is that I’m the sentimental type. I’m the family historian with no heirs to even care about the heirlooms. (More on that later as I pack up antiques to be sold at auction in San Francisco). All weekend, I’ve been tackling the library. I thought books should be easy right? Wrong. If you are an author, you accumulate a lot of them that you collect along the way or were given to you (or were just always there). So here I start with a “no brainer”,  Encylopedias:

Nobody needs these anymore! But in this set, JFK was still president and I had circled my favorite breeds of dogs that I wanted someday. So I move on to the next set of encyclopedias that belonged to my father: 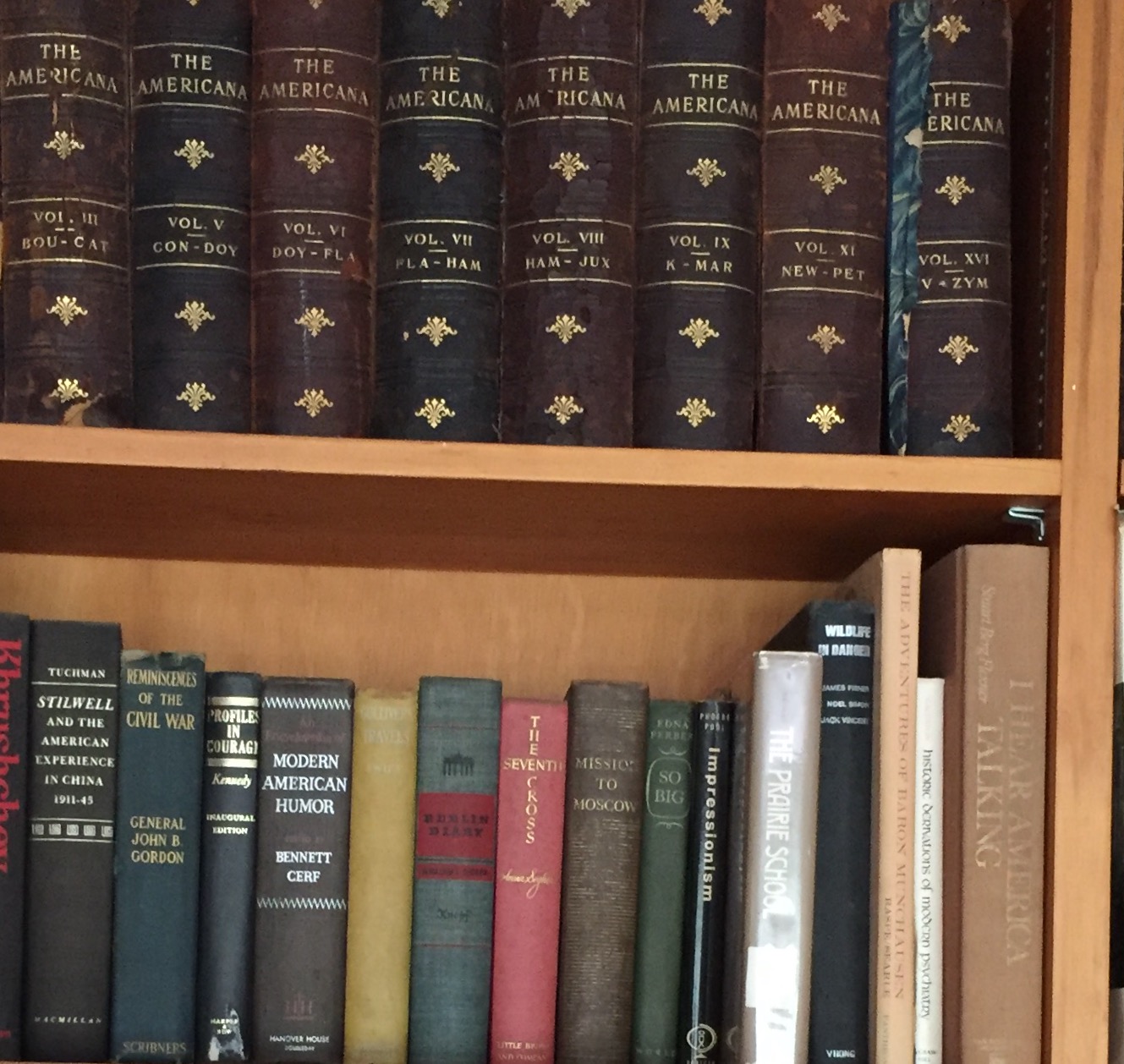 Well that should be easier except I can read all his notes that he made in margins while writing reports for school. So I go to an simpler shelf. My family had filled the bookcases on one whole side of the room with out-of-date travel guides and guides to country inns (most of which are no longer are in operation). 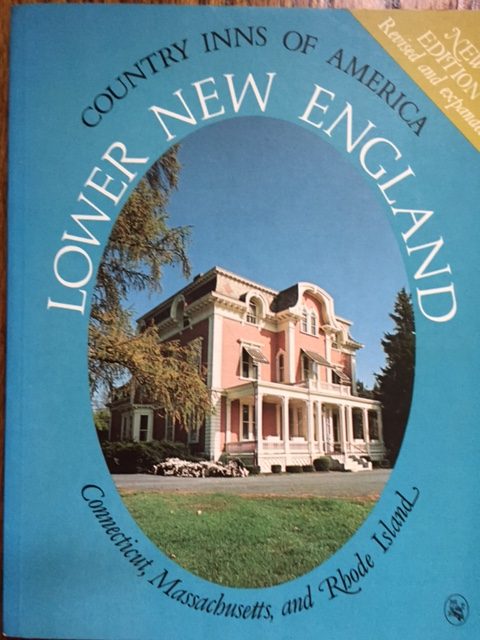 There are also lots of recipe books from restaurants that no longer exist : 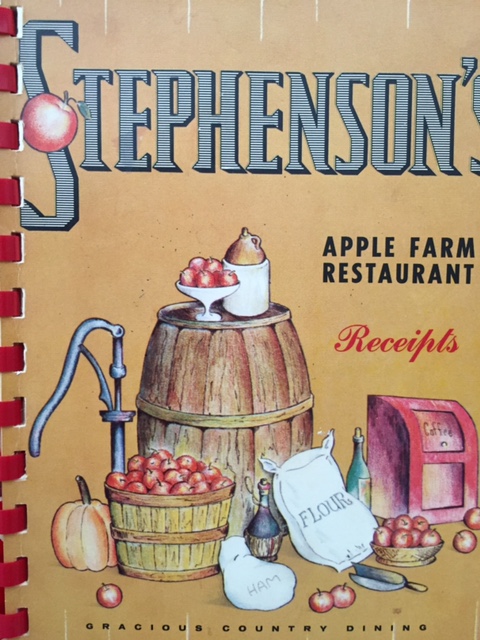 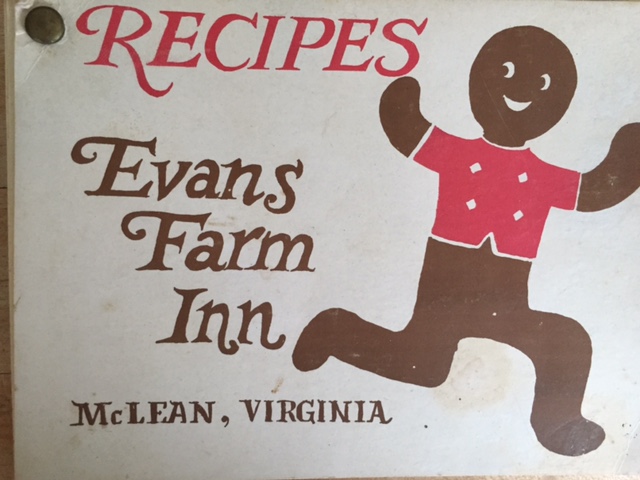 All this time I’m wondering: “Where are my childhood books?” As often happens with anything of meaning around here, it can be found rotting in the basement! 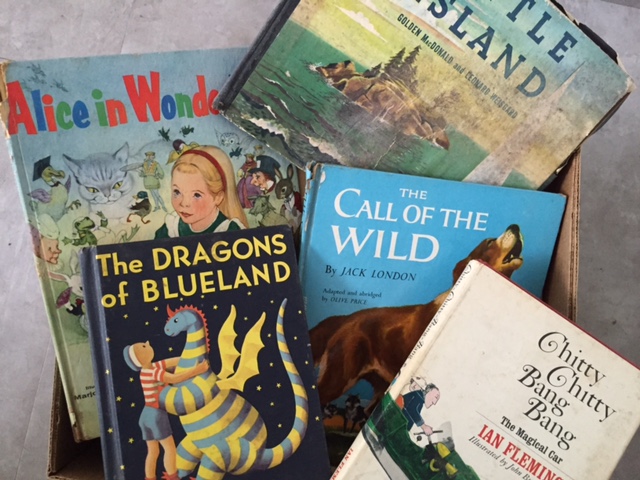 Aghh! How I would have loved to thumb through these pages again but they are sadly, disintigrating upon touch. So parents out there remember to think about what stands the test of time and what doesn’t (and keep what doesn’t in the basement).

Since my very first cookbook, I’ve acccumulated a lifetime supply. Now I have to start weeding out the ones I know I’ll never even flip through. 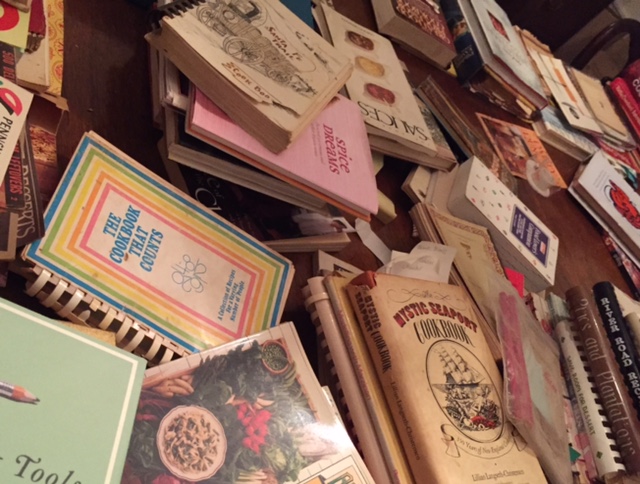 What I’m finding is that I’m really not drawn to keeping coffee table books like The French Laundry Cookbook or themed books with some marketing hook. 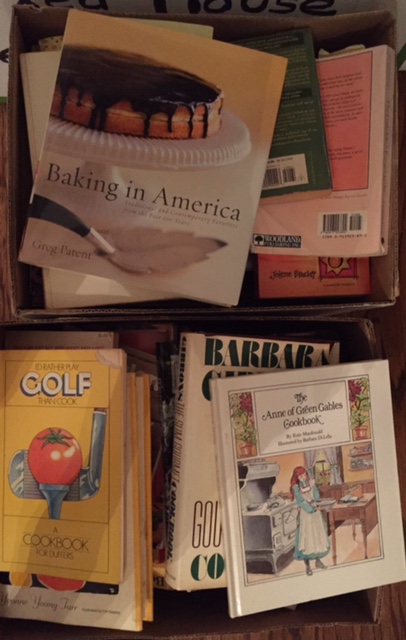 For me it’s nostalgia, nostalgia nostalgia. Like the first cookbook my grandmother Molinare gave to me (little did she know that I had made a Linzer torte on my own a year before.) 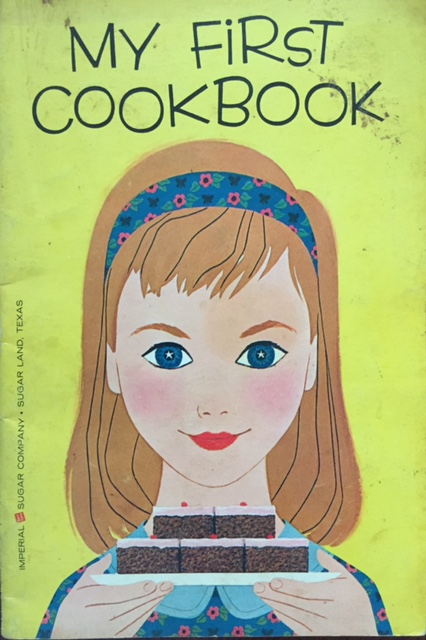 And then there are those mid century classics like this one: 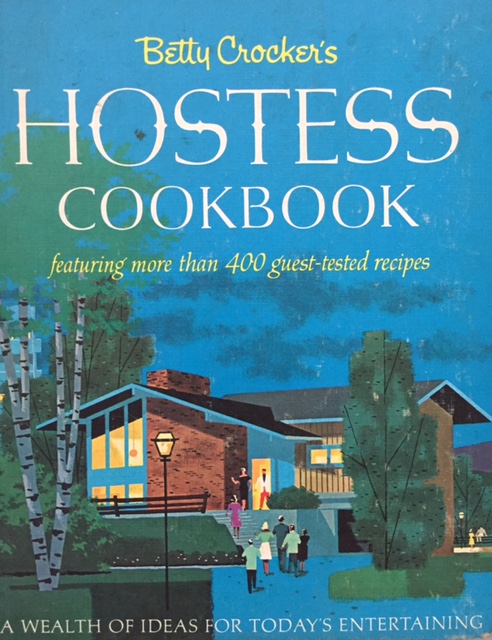 There’s the London bus Dad brought back from England in 1961. He flew home with it on his lap after buying it for us at Harrod’s. 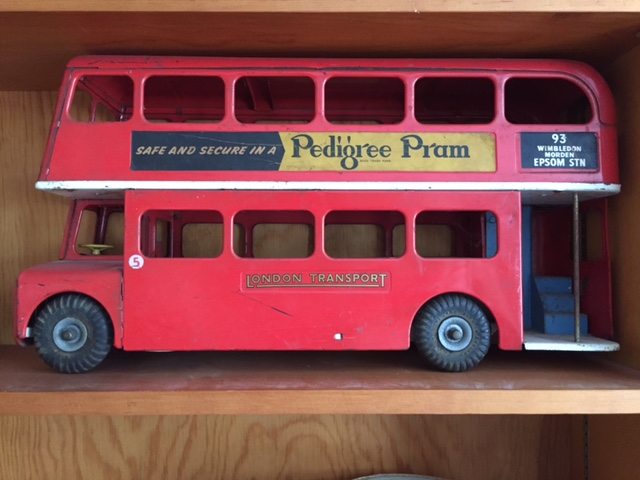 There’s my Mom’s high school “Hollywood Suitcase”. It was a fad back then to collect stickers from all the places you traveled. 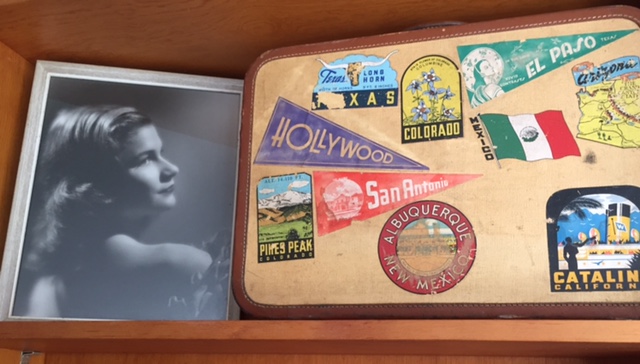 And then there’s lots of eclectic stuff that’s like an armor breast plate and battle axe: 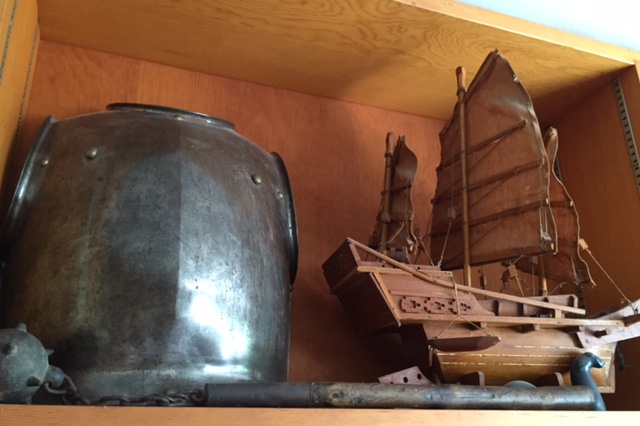 There’s a broken balalaika my brother collected back when he was fascinated by all things Dr Zhivago. The movie came out when he was in grade school and motivated him to learn to play the balalaika. Of course, it was about as difficult to master as his Russian language lessons. He eventually switched to the Saxaphone lessons and French class. 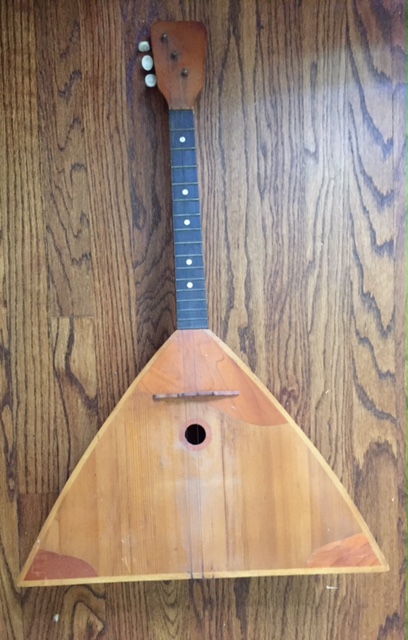 Well it’s close to midnight and you prabably get the idea… I still have A LOT of work to do! So stayed tuned as I try to sort through an entire lifetime, starting in the library.