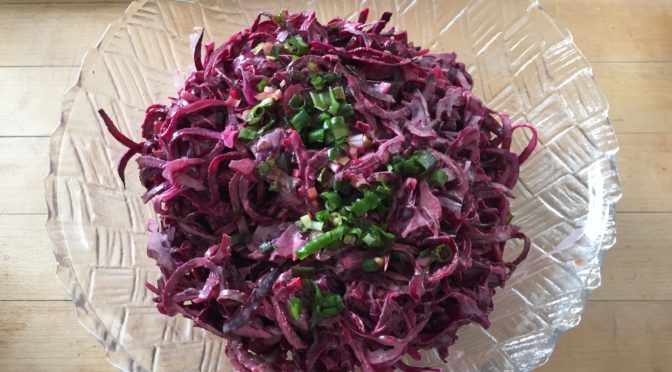 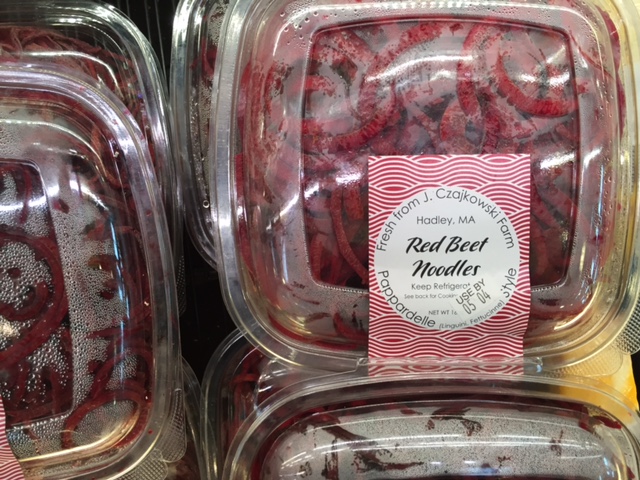 This weekend I found myself drawn to a package of “beet noodles” in the produce section of Whole Foods. I’ve used raw, shredded beets on salads all of the time and assumed it would be the same thing. Close but not quite… Who remembers the “Mobius Strip” from middle school math class? It’s a sort of symbol for infinity, being a surface with only one side. 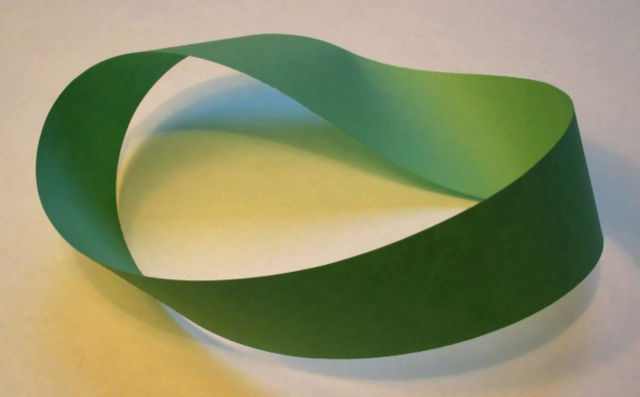 If your teacher was anything like mine, she had you take a pair of scissors and split the paper band by cutting it around the middle without touching the sides. This turned into a bigger Mobius strip. Do it again and it just keeps growing into a larger and narrower loop. Well, that’s the best way to describe opening the box of beet noodles. As I kept pulling out the red shreds, It was like an endless tangle with no beginning or end. 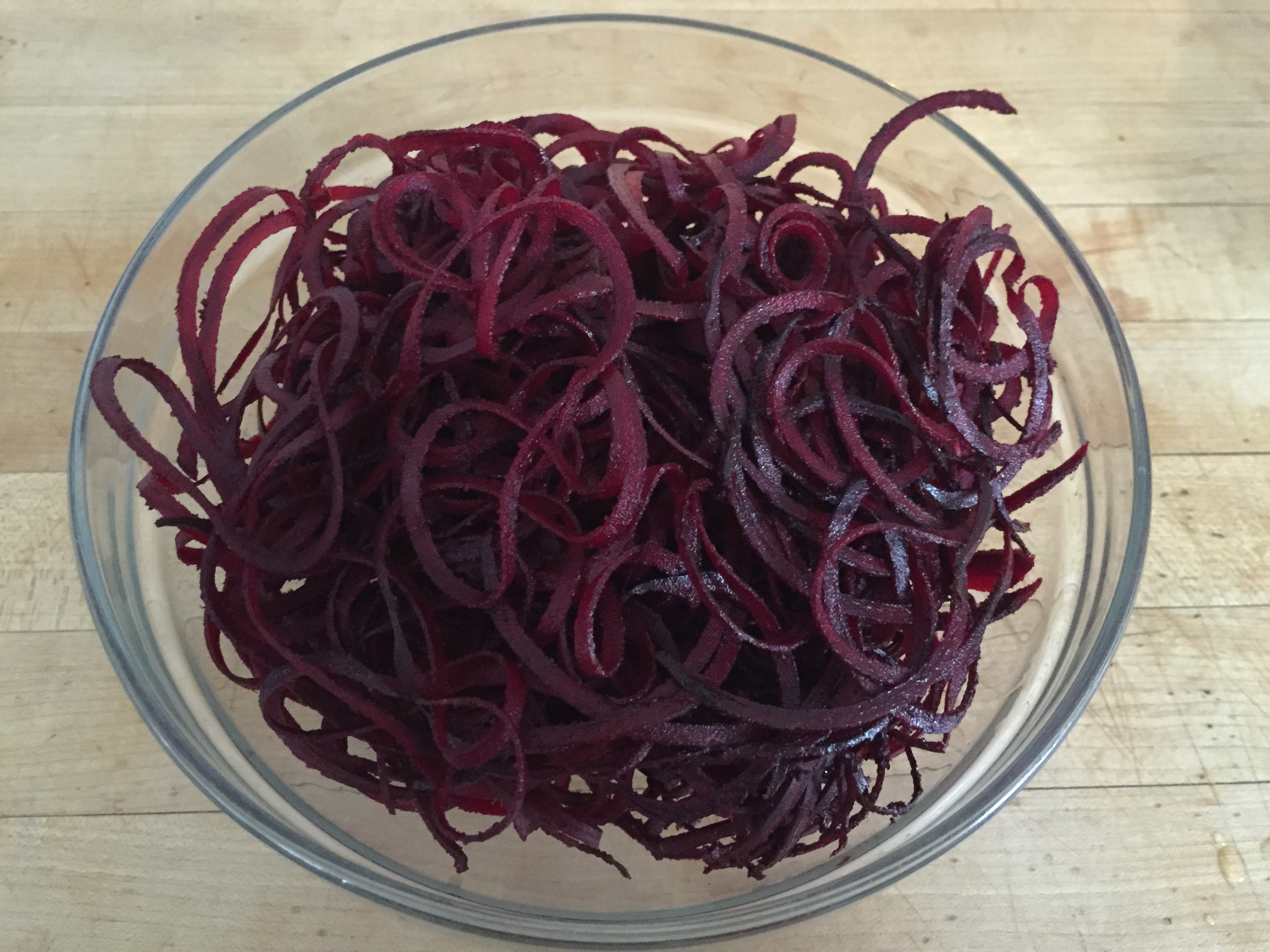 I had to start cutting them into about 4″ sections. My goal was to mix them into a red cabbage slaw. Rather than let the cabbage dilute the dressing as it macerates, I always soak my shredded cabbage overnight in a brine of water.   To do this: Place shredded cabbage in a bowl and cover with water with 1 tsp added salt. Refrigerate at least four hours . Squeeze the cabbage until all of the water is wrung out and allow it to drain in a colander. This reduces the moisture content of the cabbage so your slaw won’t have watered down dressing. 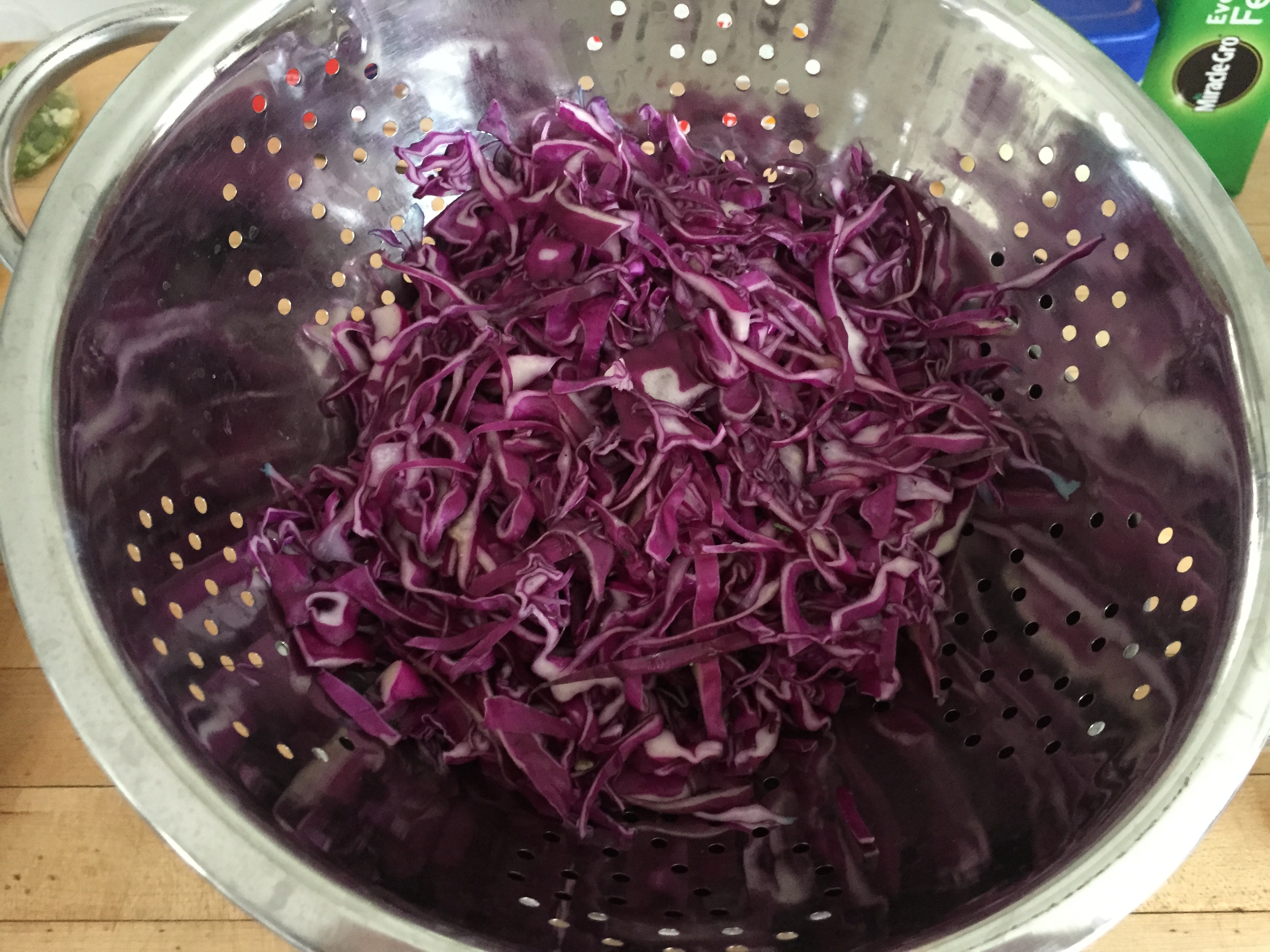 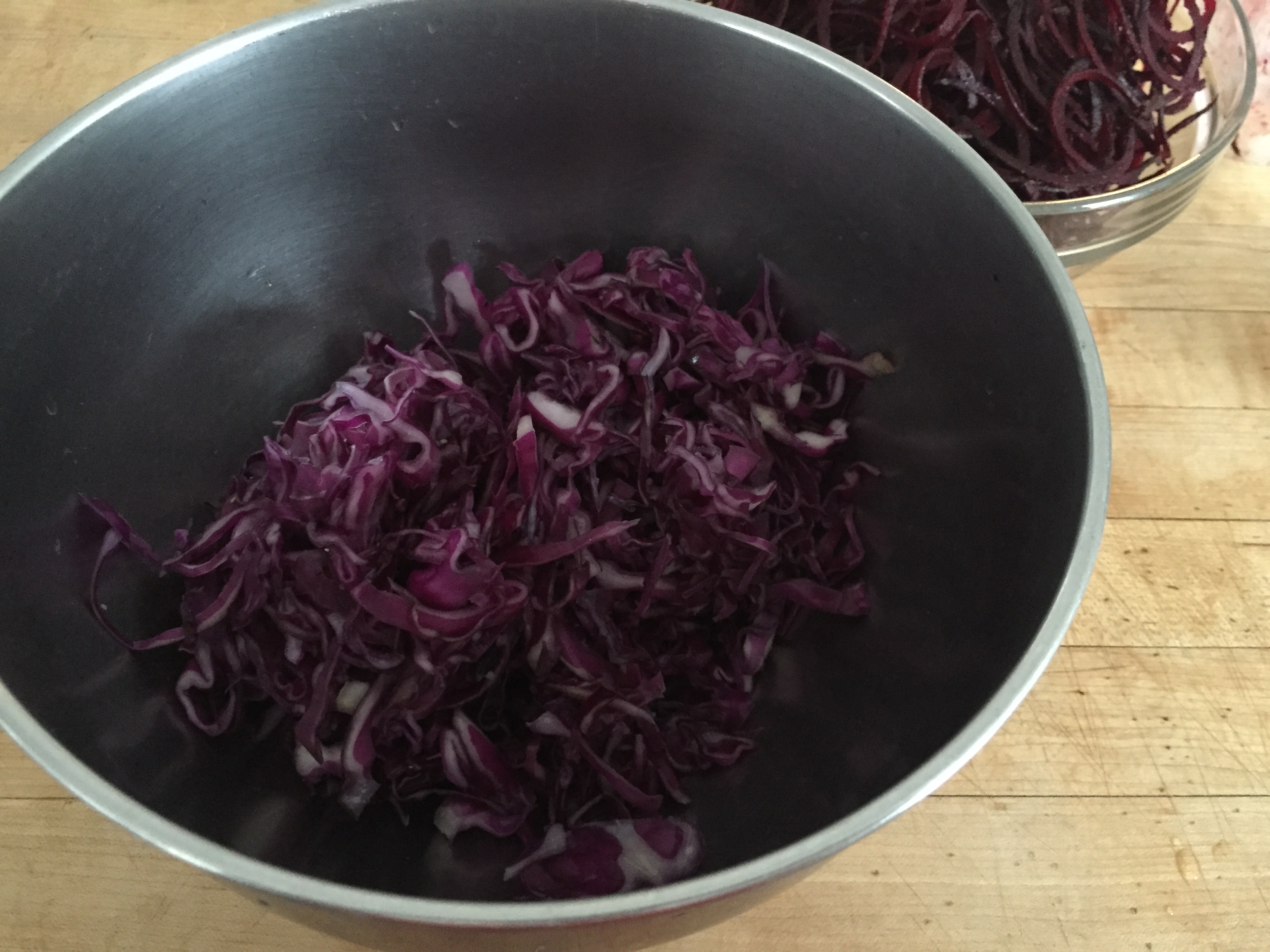 Next, I toss the beet noodles with the cabbage and a creamy coleslaw dressing. Serve garnished with chopped scallions. I can’t tell you how refreshing this on a hot summer night  paired with with something from the grill .

Toss beet noodles and cabbage with dressing and garnish with scallions

salt and pepper to taste.

Combine ingredients for the dressing with a wire whisk until blended. This is approximately the amount of dressing you’ll need give or take so start adding it gradually to the consistency you prefer. 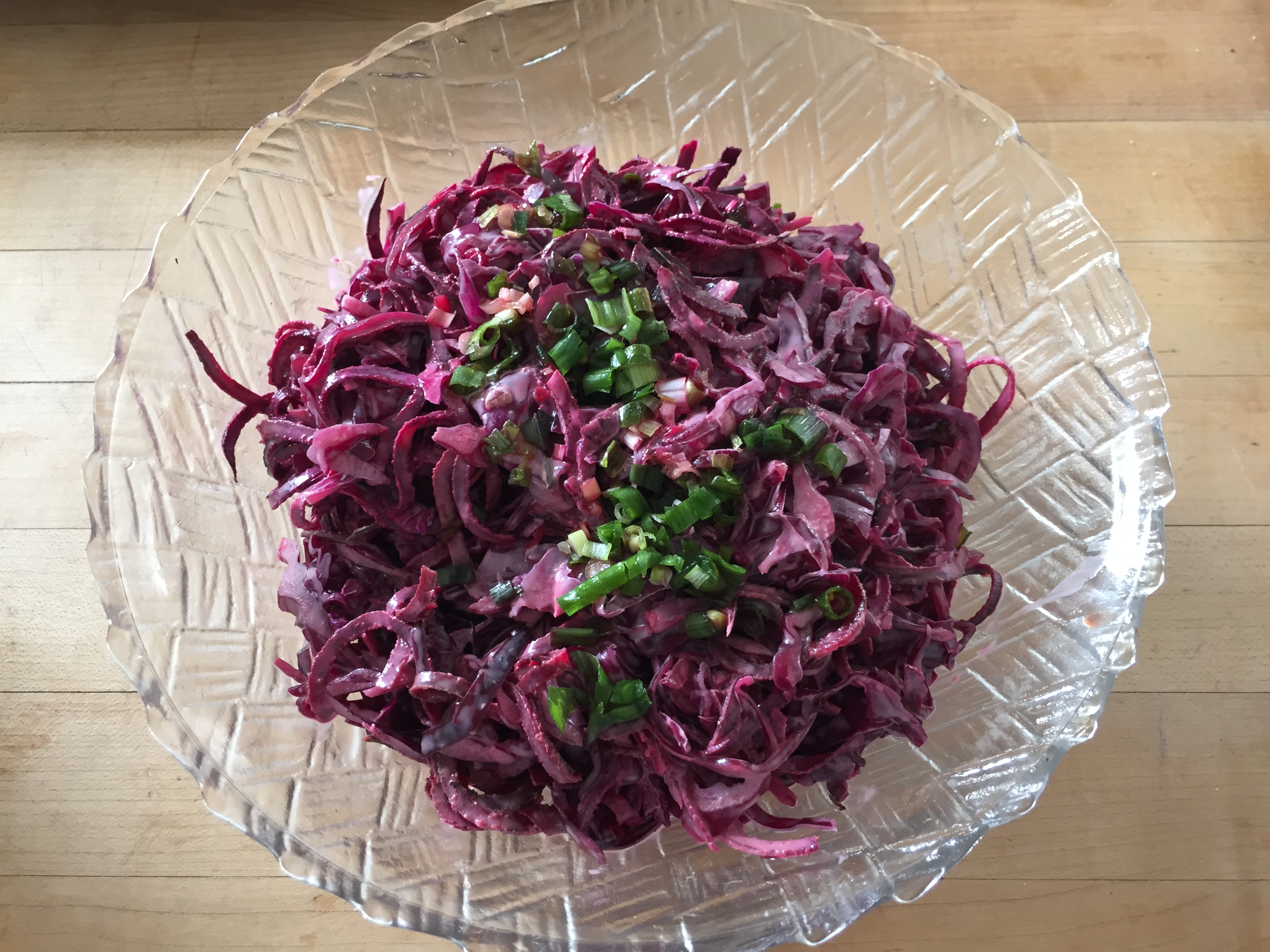